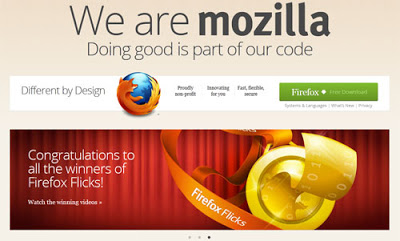 Keeping pace with their own rapid release schedule, Mozilla has released Firefox 14.0.1 , the latest stable build of its popular Internet browser, to PCs and Macs everywhere. This release follows last month’s launch of Firefox 14 for Android and Firefox 13 which was released several weeks ago.

Some noteworthy changes include a new API which allows web developers to prevent computers from entering a standby (useful for online video), an updated identity manager and full screen support for Mac OS X 10.7 (Lion).

The most featured changes include an update to the Awesome Bar which now utilizes auto-complete while typing URLs. Mozilla has also enabled HTTPS for Google searches by default. HTTPS will hide your searches via encrypted SSL, prohibiting crafty individuals on your LAN or ISP from potentially monitoring your searches.

For the security conscious, Firefox 14 also adds a new feature (disabled by default) called Click to Play whereby plug-ins are suppressed from loading. With this feature enabled, any plug-in which is called upon to load requires explicit permission to so. In order to give permission, the user must click on the page element attempting to load the plug-in or click on a Lego block-like icon near the address bar to activate it.

Click To Play can be enabled by typing about:config into the Awesome Bar and hitting the “Enter” key. Search for plugins.click_to_play and set its value to true. Restart Firefox and now plug-ins won’t load until you click from now on. A more robust Click to Play (and probably a UI to enable/disable it) are expected to arrive in future versions of the browser.

To check out the Firefox 14.0.1 releasenote, click here.
src : Techspot