The most sacred temple of Hindu Lord Shiva in the world, Pashupatinath Temple’s existence dates back to 400 A.D. The richly-ornamented pagoda houses the sacred linga, symbol of Lord Shiva. It is Located just 5 km north-east of Kathmandu UNESCO listed World Cultural Heritage Site.

Appointed by the Pashupati Area Development Trust, only four priests can touch the idol of Lord Shiva and priests are always from south India. This custom is believed to be in practice by Sage Shankaracharaya from 6th century. The two level roofs of the temple are coated with gold and the four main doors are coated with silver.A Large Gold colored statue of Nandi the Bull is placed outside the western door.

Listed as UNESCO cultural heritage sites of Nepal. It is said to be around 2000 years old. The Stupa, which forms the main structure, is made of brick and clay supporting the lofty conical spire capped by a pinnacle of copper gilt.

Painted on the four-sides of the spire base are the eyes of Lord Buddha. It is located about 3 kilometers west of the center of Kathmandu. It is situated on a hillock about 77m above the level of the Valley giving an admirable view of the Kathmandu Valley.

Also listed as UNESCO cultural heritage sites of Nepal the Stupa of Boudhanath lies 8 Kms East of Kathmandu. Built it in the 5th Century AD by Lichchhavi king Kana Dev is one of the biggest in the world that features all the eyes of Lord Buddha. It is built on an octagonal base, inset in the design of Mandala with prayer wheels.

Stupa is located on the ancient trade route from Tibet which enters the Kathmandu Valley by the village of Sankhu in the northeast corner. Tibetan merchants have rested and offered prayers here for many centuries. When refugees entered Nepal from Tibet in the 1950s, many decided to live around Bouddhanath. The Stupa is believed to entomb the remains of Kassapa Buddha.

The temple is a Unesco World Heritage site and this remarkable and historic temple of Changu Narayan dates from 1702, when it was rebuilt after a fire, however it is believed that the origins go back to the 4th century as most of the stone sculptures date from the Lichhavi period (4th to 9th centuries).

The double-roofed temple of Vishnu is situated on a hilltop at the eastern end of the valley, about 6km north of Bhaktapur and 22km from Kathmandu. Here we can find various forms Vishnu took, such as Narsingha man-lion incarnation, Vikrantha/Vamana, the six-armed dwarf. We can also find the figure of Garuda, the man – bird mount of Lord Vishnu, snake around his neck kneeling with hands in Namaste Position facing the temple and stone Lions guarding the wonderfully gilded door, which is flanked by equally detailed gilded windows. Two pillars at the front corners carry a conch and disc, the traditional symbols of Vishnu. In the northwestern corner there is a 7th-century image of Vishnu astride the Garuda, which is illustrated on the Rs 10 banknote.

Located in the heart of the city Kathmandu, it is also has another name called Hanuman Dhoka, which is named after the Hindu Lord Hanuman-Monkey God. Many of the buildings seen in the area are believed to date from 15th to 18th century.

Located 20 kms from Kathmandu lies the Bhaktapur Durbar Square is also known as Bhadgaon and Khwopa in the local language. Bhaktapur Durbar Square is a conglomeration of pagoda and shikhara – style temples Bhaktapur is known as the ‘City of Devotees’, the ‘City of Culture’, the ‘Living Heritage’, and ‘Nepal’s Cultural Gem’. Bhaktapur is filled with monuments, most terra-cotta with carved wood columns, palaces and temples with elaborate carvings, gilded roofs, and open courtyards. The city is dotted with pagodas and religious shrines.

The Patan Durbar Square is situated in the heart of the Patan city. Patan is believed to be one of the oldest Buddhist Cities as it was found in the 3rd century A.D. The square consists of enchanting mélange of palace / buildings, artistic courtyards and elegant pagoda temples. The former royal palace complex is the center of Patan’s religious and social life and houses a museum containing an array of bronze statues and religious objects. This city is known for its finest traditional crafts and rich artistic heritage. 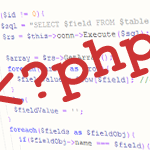 PHP function to remove array element based on array key